How to Read the Body Language of you Prospects and Clients

Top 6 Tips for Becoming a Master at Following Up 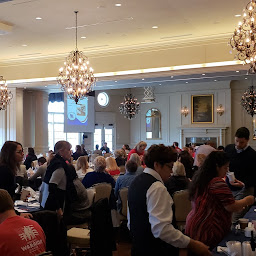 Angie Tanner
Verified
Cindy's classes always have great speakers and lots of good information. I would highly recommend them.

Tessie Fugett
Verified
This is an easy class online to achieve your credits or just learn something new like 1031 Tax Exchange. Cindy Bishop is great to communicate with if you have any issues or questions. She gets your paperwork completed and is easy to help in any way. Plus, learning from home and not having to leave is so convenient. Love it! Thank you Cindy for making my life easier.

Meghan F.
Verified
This has been super helpful in fulfilling credits, but I honestly love attending them just to get the knowledge from so many different area experts! Sign up is a breeze, the format of class is so organized that you know what to expect every time, and Cindy goes above and beyond to help agents (new and old) be successful in their business.

Michael Corral
Verified
"If you don't plan things out, you are going to be a taxpayer."

Rebecca Spencer
Verified
I really enjoy getting my Real Estate Continuing Education in an interactive format and Cindy Bishop Worldwide classes fit that need. The transition to Zoom has been well executed and is very easy to use. The quality of instructors in great, and they are more than willing to share their knowledge and experiences. Thank you for providing this service!

James Wyant
Verified
Cindy represents the best in Real Estate Education. I appreciate her vast knowledge, and the fact that she shares her experiences. I am very happy to be plugged in! Thank you!!

Conny Johansen
Verified
CE classes have never been more convenient! Each class is very well explained and they are always open to questions. Try them out! You will not regret it! I am a client for life!!

There’s Always a Reason for HabitsWhy do we do the things we do?Every bad habit is rooted in a reason. Sometimes the best way to defeat the habit is to figure out what triggers it in the first place. It turns out there are several reasons why we do what we do.

1. What time is it? Do you always grab for sweets mid-afternoon when energy is down?2. Where are you? Your location may well influence what you do.3. Who is with you? Do you always drink too much when out with a certain friend?4. How are you feeling? Do you spend too much when you’re sad?5. What just happened? That cigarette after an argument isn’t just a cliche.

Check your reasons, and you might have the solution to modify that bad habit.

The following 9 tips will help you alter your bad habits so you can create good ones:

One Step at a Time with a bad habit

The reason we’ve failed so many times before in breaking a bad habit is that we’re trying too hard to make great big sweeping changes all at once. That’s ourimpatience that gets in the way – we want to be a new, better, changed person all at once.

The problem is, it’s harder to stay with something that involves that much change. So, if you’re trying to build the habit of exercising, deciding that you’re going to run 5 miles every day when previously you never hoofed it for more than a block is just setting yourself up to fail.

Instead look for the small changes. Rather than signing up for a marathon, start with taking a walk every day. Small changes will lead to bigger ones down the road. And if you stick with it, eventually you’ll be ready for that five-mile run.

Money Talks with a bad habit

How much is it worth to you to change your life? When trying to break a bad habit, the quickest way to impact your life positively is through your wallet. How? By using money as either a punishment or a reward.

The idea is simple. When you’re trying to stop a behavior, think about the concept behind that old-fashioned “Swear Jar.” Paying in money every time you slip up and repeat the habit you’re trying to break is a quick motivator to quit. Especially if there’s no way to get that money back because you’re donating it to charity or someone else.

On the other hand, giving yourself a monetary reward every time you successfully act in a way toward building a new, positive habit can also be a great motivator toward success.

Maybe the best way to break a habit is to do nothing at all. Or at least to delay a little in taking action.

By waiting a few weeks before digging into that habit, you’ll better set yourself up to succeed. Take a look at what you can be doing in the meantime:

1. Think about that habit. Examine it from all angles. Figure out your reasons for doing it.2. Record when it occurs. What do you notice? When do you do it? For how long?3. Decide why you want to break it. List the reasons why it’s a good idea to stop or create a picture in your mind of what your life will be like without it.

Then, when you’re feeling better prepared, you’ll be all set for success!

You know tomorrow you’re going to stop for a donut on the way to work. It’s become a habit. Regardless of how many times you tell yourself not to do it, the moment you walk past that bakery, it seems your feet turn of their own accord and take you right to the counter.

What can you do? Some habits are so predictable that we know just when we’re going to get into trouble. Here’s where you can put your smartphone to good use. Set up reminders for your future self, messages that will show up right when temptation is at its worst.

Why does this help? A break in the routine – any break – might be just the nudge you need to stop and think again.

Your future self will thank you!

Some habits can be triggered just by your location. Think about the places you are when you indulge in that habit you’ve been trying to break. Do you have a location trigger?

For example, do you always stop for a burger on the way home after visiting a particular place? Maybe it’s time for a new route that doesn’t go past the burger joint.

But not all location triggers are quite so obvious. Are you used to keeping sugary treats in the same hidey-hole? Try moving them. Putting a delay on being able to partake in a habit is sometimes enough to break it. So, keeping those snacks in a more inaccessible location (what about that cupboard that’s hard to reach over the fridge?) might be just enough time to make you think again about grabbing them.

Become Your Own Life Coach

In a wildly unique method of breaking bad habits, lifehacker, Adam Dachis, grabbed his webcam and wrote himself a script that he read to himself on camera every night that detailed the habit he wanted to break, and exactly WHY he wanted to break it.

Why did this work?

1. Things you repeat tend to stick. By reading every night, those reasons got cemented in his brain.2. He then played back the video and listened to what he had to say. That became both pep talk, and a good look at someone he didn’t want to disappoint – himself.

By coaching himself, Adam found the impetus he needed to break down those bad habits. So, try talking to yourself – then listen to what you have to say.

Are you having a bad day?

When trying to break bad habits, as with anything else, occasionally you’re going to have that day where everything goes wrong. So, while you’ve had a great week of not biting your nails, now suddenly there you are bitten down to the quick. You feel like a failure because you’ve slipped right back into your old habits.

1. STOP what you’re doing. And I’m not talking about the habit here (though you should probably stop that too). Stop the negative self-talk. Beating yourself up gets you nowhere fast.

2. ANALYZE. What were you doing before the slip? What changed (or didn’t) in your routine for the slip to occur?

3. APPLY. Take the lesson you just learned and use it to craft a new response.

Bad days are going to happen. Learn to use them to help you move forward to the person you want to be.

Habits are things that frequently get triggered by certain actions or situations. The problem is, even with the best intentions, it’s easy to get derailed when trying to change a habit simply because that trigger is still there. So, what can you do?

You start by making yourself an “if-then” loop, which looks like this:

IF… such a thing happensTHEN… this happens.

So, for example… Assume you’re a person who smokes in the car on the way to work and you feel defeated every day because just turning the key in the ignition might be a signal to light up. How can you change that when you still have that morning commute?

It really can be as simple as all that!

What are You Thinking?

If we know things are bad for us, why do we even do them?

The problem is, what we know in our heart might be very different from what we’re telling ourselves. The self-talk surrounding a bad habit might be defeating your efforts to change – without you even realizing it, by thinking:

● That piece of cake is going to taste so good!● One cigarette will take the edge off.

By telling ourselves positive things about our habits, it’s a lot harder to stay away from doing them. It’s time to rewrite the script. Look for the negative statement instead.

● That piece a cake will take an hour of exercise to work off.● One cigarette always leads to another.

Change your thinking = Changing your habit. Now, give yourself a reward every time you accomplish one of the positive things on this list. Rewards will send a positive message to the subconscious and eventually remove the stinking thinking associated with that bad habit. Try it…it works!

Cindy Bishop is a sales performance and accountability coach helping to build solid foundations for the real estate agents she serves. Over the years, she found better ways to achieve sales success by developing soft skills and quality habits that worked to create income consistency in her real estate sales business. Cindy’s real estate business wasn’t unlike yours initially with door knocking, sphere marketing, and of course, holding open houses. Learning better communication skills allowed her to become a top producing agent.You can too!Check out her Newly published book on Habits…Break Free…Bad Habits to Good Habits One at a Time 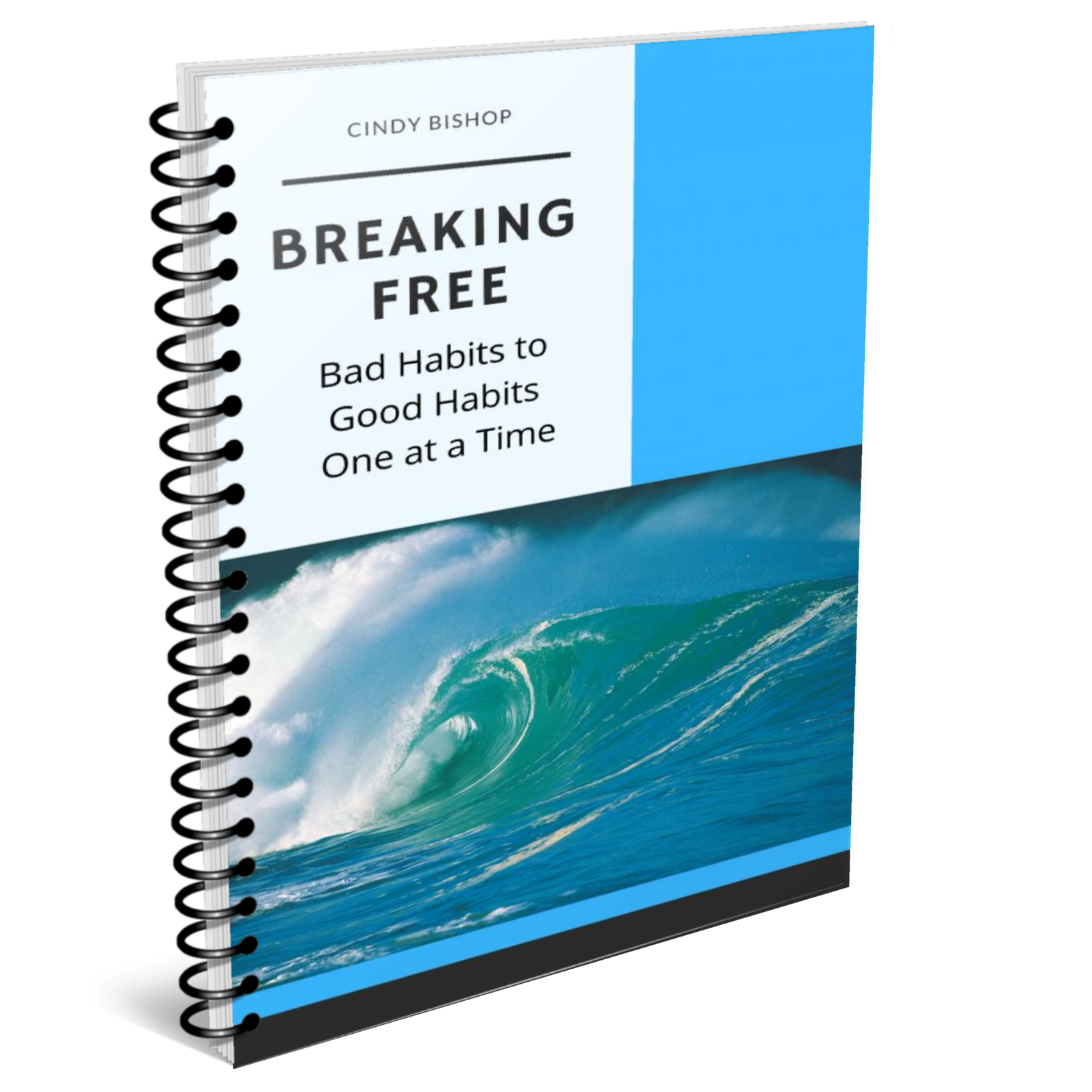 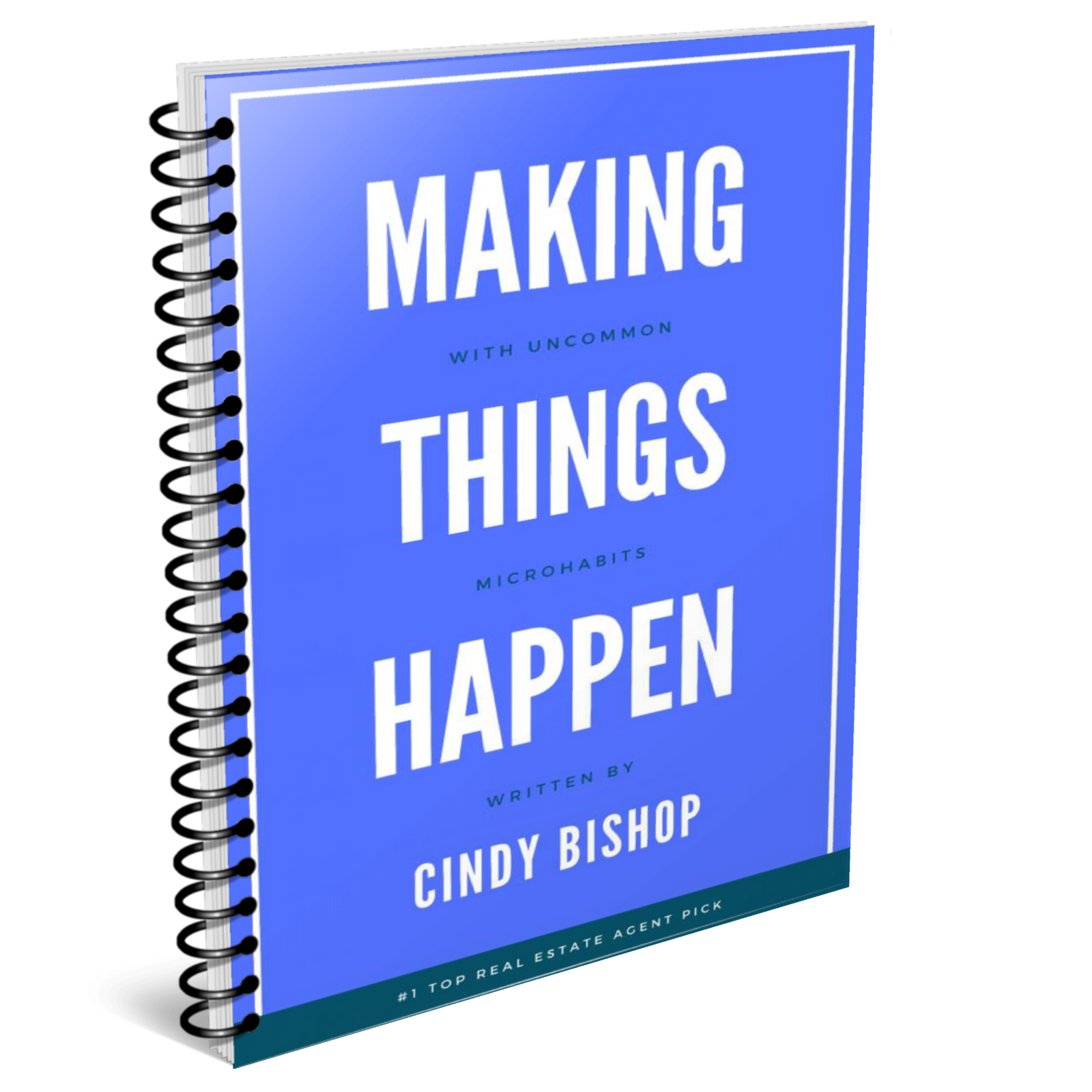 MAP OUT A CLEAR PATH TO SUCCESS.

Our Coaching program’s are a great opportunity to succeed.